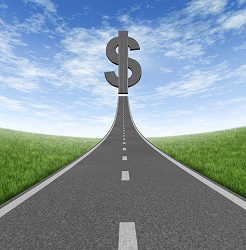 At the hard-nosed end of venture-based private equity is arguably where ESG factors and investment impact are most keenly measured. This is part of a continuing series on these topics.

Continuing to look at ESG performance and where it is achieving measurable material impact, this publication spoke to Edward Collins, CEO of Earth Capital. The private equity firm, which was launched a decade ago by Hargreaves Landsdown founder Stephen Landsdown and long-time private equity partner Gordon Power, manages around $1.5 billion exclusively in sustainable investment projects. Raising its third fund, investments are channeled into companies developing technology in agriculture, clean industry, clean energy, and energy efficiency.

At the visible end of that, the firm has become the âbiggest grower of fresh vegetablesâ in Botswana, Collins told WealthBriefing in a recent call, using dripping technology developed in Europe to dramatically reduce water use.

He said the work there is addressing âa national needâ, leavened with the fact that, âwe get an economic return for doing it, and we are creating a trained workforce."

Private equity has been developing its own brand of ESG to fund and scale high-risk-return infrastructure projects for years, and in places like Africa, proponents would argue it is having more influence than any other type of investment.

Among 145 private equity houses polled in the PwC latest annual PE responsible investment survey, almost all (91 per cent) reported having an ESG policy in place or in development to boost performance.

âWe are lucky in private equity because we have access to most of the information anyway.â Collins said. "Public bonds and equities are really just beginning."

The market is at a stage where "ESG is genuinely driving returns, and enhanced ESG practices can potentially enhance multiples, and may well be the next big value lever,â the PwC report said.

A side note to that enthusiasm is the $1.8 trillion estimated by McKinsey that private equity has not yet put to work, the so-called dry powder, which Collins thinks is more about infrastructure.

âThe Chinese are investing huge amounts into solar technology, which is causing the cost of installing it to fall by 80 per cent, so economically it is now without subsidies. Abu Dhabi is investing around $150 billion into solar and building the worldâs biggest solar farms; itâs those sorts of things that get you to that huge number."

PE sustainable capital
Capital flow into private equity growth funds has been somewhat curtailed by Brexit. Seeding has traditionally come from the European Investment Bank (EIB). Typically, âwe would provide 16 per cent of the capital but we would get 23 per cent of the invested funds, but there has been no activity at the EIB since the referendum vote,â Collins said.

The British Business Bank has been set up in response to this deficit but there is a lag. âYou obviously canât set up a private equity company over nightâ but the UK is "a leading market in venture funds, through tax-efficient vehicles such as EIS and VCTsâ and that is not going away, he said.

The firm closed $45 million of a $300 million 10-year closed-end fund earlier this year, with the first influx from the Landsdown Family Office and the Monaco Sovereign Wealth Fund. The next "phase of interest" is coming from family offices in the Middle East and institutions in Canada. Where momentum has really shifted in growing the market for sustainable PE investing is in the pricing and availability of technology. âWe can only do these things now because the cost of input has fallen to a level where you get an economic return for doing it,â he said.

Agreements like the Paris climate accord are also kicking in as countries start putting teeth to pledges they made with considerable fanfare in 2016.

âWhat we are seeing in public policy are trustees changing how they invest to include sustainability, â Collins said. The Canadian government is one example; it now requires public pension endowments to align with the Paris goals. Coupled with this is the shortfall facing public pensions, which makes the high risk-reward private equity investment so attractive. McKinsey has reported the funding gap for US pensions alone is around $3.8 trillion.

As interest in sustainable private equity grows, the Nordics, led by Sovereign wealth funds, remain out in front.

âIn meetings, they ask the best questions because they have had sustainability officers for the longest. They really have gone through the journey from ESG investing to impact investing,â Collins said.

Defining what that journey is has left even active promoters of SRI struggling to separate impact from ESG to interested investors. The Global Impact Investment Network, last week launched IRIS+, revising its disclosure metrics and tightening up definitiions to focus the industry away from potential mission drift and dilutiing impact as momemtum for it builds.

From a private equity standpoint, Collins said the disclosure around ESG and impact investing are different beasts.

âIn corporate results every day, you see companies reporting on their ESG metrics and their carbon emissions, HR policies - all good things - but it stops at that and looks backward. Impact investing is continuously moving and looks forward. You have the ability to measure the impact your investments make each year, and report that to your investors and quantify it in some way.â

The proprietary analysis used by Earth Capital looks at the entire footprint of a company annually, from supply chain to plastics and energy use to worker conditions, and said it only invests in businesses that can deliver a net positive within two years.

Once companies take a good look at this, Collins said, they really embrace it. "They ultimately see it as a risk management tool but they also look at risk on an entirely different basis than they might have.â

The firm has worked with the World Economic Forum and divisions of the UN and sees a ratcheting up of accounting standards on the way.

The firm also trains big banks and insurance companies on how to integrate sustainability into the investment process, and how to measure it. âWe do teachings for pretty much anyone who wants it,â he said.

âIf you look at some of the ESG indexes, some of the biggest sinners are part of the quoted benchmarks, like the FTSE4Good and MSCI,â highlighting the nuance around ESG disclosure and how you put a score on virtue.

"If you are an oil company or a mining company and what you are producing is being used to pollute the world but on the other hand you are doing a huge amount of clean up, where do you sit? Should you be in those indexes, given you also have good disclosure?â

Collins thinks impact investing will continue to be led by private equity and ESG investing by the likes of Black Rock and Aviva. He said that wealth managers are the real âinnovatorsâ in asset allocation.

âWhat we are hoping for is that asset managers allocate into this because it produces a positive return and a social benefit. It really is up to the market to come up with the products to be able to asset allocate into,â Collins said.

The idea being that the more granular ESG becomes, the better the chances will be for wealth managers to capture additional returns.