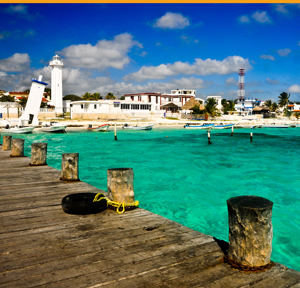 Grasping what is meant by "substance" when it comes to setting up structures in international financial centres is a crucial point in satisfying regulatory and other requirements today.

The shifting world of international financial centres mean that when individuals and organisations create an offshore structure, authorities such as tax collectors want to know that it has âsubstanceâ. In concrete terms, does an offshore office have staff, actual activity and an infrastructure, rather than just a fancy brass plate and a listing in a register? Without passing such a test, tax authorities in this increasingly transparent age are likely to take a dim view. The same test applies to wealth structures such as trusts and foundations.

This publication is pleased to welcome Iris Harvey, director, and Nel Schoeman, assistant director for Maitland, the global advisory and administration firm. The editors do not necessarily share all views of guest contributors but are pleased to share these and stimulate debate. Email the editor at tom.burroughes@wealthbriefing.com

The only thing that is constant is change. These ancient words of Heraclitus ring loud as many will be forced to review their offshore structures, including even the most standard ones, in light of a new rising tide in the form of the so-called EU Economic Substance Requirements, which have been translated into legislation with effect from 1 January 2019.

In 2016, the EU Finance Ministers instructed the EU Code of Conduct Group to undertake a screening process whereby non-EU jurisdictions, 92 in total, were assessed in respect of: (i) tax transparency; (ii) fair taxation; and (iii) compliance with anti-base erosion and profit shifting measures.

Guernsey, Jersey, the Isle of Man, British Virgin Islands (BVI), Cayman, Bermuda and Vanuatu were found not to have a formal tax legal substance requirement for entities doing business in or through their respective jurisdictions and were put on an âEU grey listâ. These jurisdictions all committed to adopting âEconomic Substance Requirementâ legislation by the end of 2018, in response to the threat of being blacklisted by the EU for not adhering to its proposals.

Mauritius underwent a similar review, following which it committed to introducing relevant measures. The EU has, however, grouped Mauritius with jurisdictions required to âImprove Fair Taxationâ and not with the aforementioned jurisdictions, which are required only to âIntroduce Substance Requirementsâ. Malta does not feature in the list of reviewed jurisdictions by virtue of its being an EU Member State.

Guernsey, Jersey and the Isle of Man were the first to release draft âEconomic Substance Requirementâ legislation and worked closely together to ensure a uniform approach to implementation. The BVI, Cayman, Bermuda and Bahamas followed shortly after, each with their own legislative approach, with effect from 1 January 2019.

In broad terms, the substance requirements target ârelevant activitiesâ that are deemed âhigh riskâ from a lack of substance perspective, because they are geographically mobile. These are as follows:

Entities will have to report annually on their economic substance credentials and a formal hierarchy of sanctions for non-compliant entities will be enforced. Meeting the economic substance test, for example, may well imply certain additional expenses and regulatory filings in the relevant jurisdiction, directors resident in, or board meetings held in, the relevant jurisdiction.

The fact that pure equity holding companies are included in the list of relevant activities, indicates the breadth of the potential impact of the rapidly rising EU economic substance tide. Most offshore trusts, for a variety of reasons, have underlying companies (also known as a standard âtrust-and-companyâ structure).

It is furthermore expected that discrepancies in the Economic Substance Requirements legislation of the listed jurisdictions will be ironed out over time under the scrutiny of the EU Code of Conduct Group. Hence, it is unlikely that reliance on arbitrages created by such discrepancies would provide a long-term solution.

The safest and most cost-effective route in the long run might therefore be to consolidate oneâs offshore structure to a single credible offshore jurisdiction - one where existing local regulations provide a strong economic substance framework that is likely to withstand the ebb and flow of the new EU substance tide for years to come.