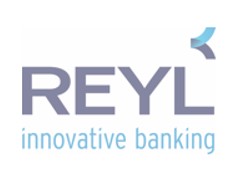 The support for these sports figures illustrates how private banks and other wealth management institutions promote brands and engage clients.

The private bank is supporting the Swiss athletes who will be selected to take part in future Paralympic Games, it said.

REYL gives financial and logistical support to Gonzalez (athletics) and Cuche (alpine skiing) during their national and international competitions.

The support for these sports figures illustrates how private banks and other wealth management institutions promote brands and engage clients. UBS, for example, sponsors Formula One motor racing (Alonso won the F1 championship twice); Standard Chartered sponsors Liverpool FC football club, while Morgan Stanley has been a partner of the PGA’s THE PLAYERS® Championship, the golf series. Such firms sponsor sports to spread a brand and associate qualities such as competitiveness, courage, skill and teamwork which match with their own business.

Gonzalez was born in 2001 with a congenital malformation of the right leg, which led to its amputation above the right knee at the age of three. She played tennis, danced, skiied and rode horseback, before concentrating on two athletic disciplines: 100 metres and long jump. In November 2019, at the World Para Athletics Championships in Dubai, she improved her personal best in both disciplines and finished fifth in the 100 metres. Her goal is to compete at the Paralympic Games in Tokyo this summer. The Swiss delegation will be announced in July.

Cuche was born in 1998 with hemiplegia on his right side due to being born prematurely and a lack of blood flow to the brain. At the age of six, he joined the Chasseral Dombresson-Villiers ski club. A competitor in all alpine skiing disciplines, he recorded his best performances in downhill and SuperG. In January 2019, he finished in fourth place in SuperG at the World Para Alpine Skiing Championships in Kranjska Gora and Sella Nevea. In February 2020, he finished third at the SuperG in Sakhalin, Russia. His next goals are for a podium finish in his best disciplines and to progress in the overall ranking for those disciplines.

"The mental strength and determination shown by Sofia and Robin are a source of inspiration. Through our support, we are confirming our absolute commitment to exceptional sportsmen and women, and their national, international and Paralympic competitions," Nicolas Duchêne, partner of REYL & Cie, said.