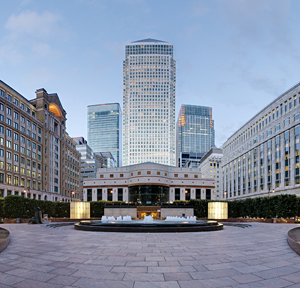 Although some staff and assets have been shifted to the EU, the head of the London-based banking group - which provides wealth management among other services - is sanguine about London's future outside the EU Customs Union.

Jes Staley, the chief executive of UK-listed Barclays, has reportedly said that Britain’s departure from the European Union will be a net benefit for London’s financial centre.

Although some jobs and assets have shifted to the EU, Staley told the BBC late last week that the finance sector’s ability to steer its own course makes it able to compete with Asian and American financial hubs.

When the UK recently thrashed out a trade deal with the EU, the pact was unclear about financial services, an important revenue generator for the UK. Some commentators have been concerned about increased frictional costs for UK firms trying to tap into EU markets. However, outside of the EU, the UK will be free to diverge some of its rules from those of the continent, and not be vulnerable to calls for measures such as an EU financial transaction tax. (An FTT was proposed after the 2008 financial crash, which the UK would have had to accept under qualified majority voting, with the measure weighing disproportionately on London.)

Staley said that while the UK should work to maintain good relations with the EU, its future prospects will hinge on its ability to attract global capital and become a hub for areas such as green finance.

The UK financial services sector accounts for about 7 per cent of economic output.

Last week it was reported that UK finance minister Rishi Sunak was keen to build financial sector ties with Switzerland, an important financial hub and a country that is outside the EU, although with close ties.