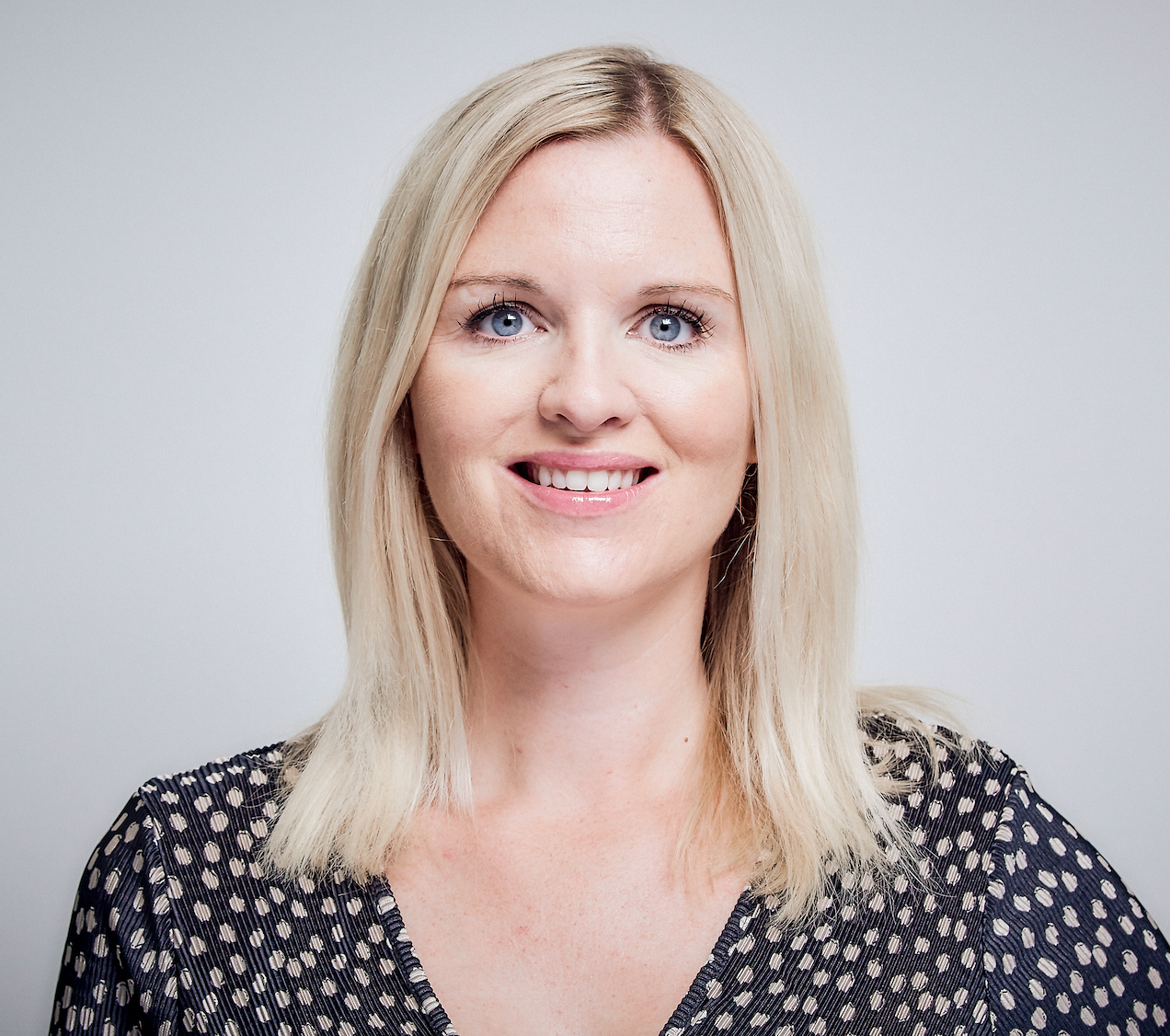 Ahead of this week's budget when all eyes will be on mapping a road to recovery and reducing a fiscal black hole, this guest writer examines where investments beckon for the UK as a "science superpower."

Artificial intelligence and big data, healthy ageing, clean growth, and future mobility are all sectors in which advanced economies are jockeying for supremacy. With a number of new knowledge intensive EIS funds entering the UK market, Harriet Doherty from area specialist Parkwalk Advisors, looks at the landscape for these tax-friendly investments and the qualfiying conditions for companies. Doherty (pictured) says the UK government has stepped up efforts to attract the patient capital required to keep the UK at the forefront. The editors welcome her contribution, where the usual editorial disclaimers apply, and invite readers to jump in. Email tom.burroughes@wealthbriefing.com and jackie.bennion@clearviewpublishing.com.

Why is the government so keen on âknowledge intensiveâ companies?
Last year the prime minister announced that the government wanted to create a âscience superpower,â but the wheels had already been set in motion by the previous government when Theresa May announced the current modern industrial strategy for the UK.

"We are ranked first in the world for research into the defining technologies of the next decade, from genomics and synthetic biology, to robotics and satellites. With one per cent of the world's population, we are home to 12 of the top 100 universities," May said, highlighting once again the UK's position as a global leader in innovation and research and development (R&D).

At the time, the government wanted to address four grand challenges: artificial intelligence and big data; healthy ageing; clean growth; and future mobility. EIS and VCTs were very much seen as part of the solution, especially following the Patient Capital Review, which concluded that a lack of effective supply of patient capital meant that the highest potential firms sometimes struggle to obtain the finance that they need to grow to scale. Thus, from April 2018, EIS and VCT fund managers have been able to take advantage of âknowledge intensiveâ qualifying status.

The present government has doubled down in this area, and in the 2020 Budget announced a huge increase in annual R&D investment to Â£22 billion, alongside the launch of a new knowledge intensive EIS fund initiative. This highlights how important EIS is viewed in backing the governmentâs grassroots R&D investment and helping put the UK in a strong position to tackle many of the worldâs long-term challenges, as well as delivering growth to UK plc in a post-Brexit world.

The recent rollout of the AstraZeneca/Oxford vaccine only increased the view of how important Research & Development (R&D) will be in tackling the greatest challenges humanity faces. It is knowledge intensive businesses whose years of work will underpin the next great leaps forward for mankind.

What is a knowledge intensive company (KIC)?
Both EIS and VCTs can take advantage of the expanded investment benefits of investing in KICs at investment level, although there is added benefit for EIS investors.

In broad terms, a KIC is a company that spends a significant amount on R&D and innovation, with a focus on developing intellectual property (IP). First, a KIC must spend at least 15 per cent of its operating costs on R&D or innovation in one or more of the previous three years, or at least 10 per cent in each of the previous three years. In addition, the company must meet either an âinnovationâ or âskilled employeeâ condition. The first requires a company to create intellectual property. To pass the latter, at least 20 per cent of a companyâs employees must hold postgraduate degrees and be engaged in R&D.

Naturally, these conditions for KICs lend themselves well to science- and technology-based companies that have spun out of academic institutions â for example companies focused on deep-tech or life sciences, or AI-driven businesses â underpinned by strong intellectual property.

What are the different allowances for KICs?
In terms of funding, KIC businesses can raise up to Â£10 million a year (instead of Â£5 million), and then Â£20 million (instead of Â£12 million) over their lifetime (EIS and VCTs), and are allowed a maximum of 500 employees (versus the maximum of 250 for a non-KIC).

Another advantage is age limit, and for KICs it is a lot higher. Typically EIS-qualifying companies are only allowed to receive funding within seven years of their first commercial sale, whereas for KICs this period is extended to 10 years.

And for big investors, the EIS allowance effectively doubles to Â£2 million, provided anything over Â£1 million is invested in KICs.

What is a knowledge intensive EIS Fund?
The overwhelming feedback to HM Treasury when they were reviewing the old âHMRC Approved EIS Fundsâ to refocus them on KICs was to create a cleaner EIS fund structure. KI EIS Funds only have one tax certificate (an EIS5), and there is certainty on when to claim income tax relief.

These new funds are approved by HMRC, giving investors the option of either claiming income tax relief in the year the fund closes or carrying it back to the previous tax year. For knowledge intensive funds closing by 5 April 2021, investors will be able to claim income tax relief for 2020/21 or have the option to carry back to 2019/20 â very useful for advisors fielding last-minute calls from clients looking for carry back.

There are a few details, however, to be aware of when advising on a knowledge intensive fund. One is on the timings of receiving the tax certificate itself. Unlike a regular EIS fund, the EIS5 form can only be sent out to investors once a KI fund is approximately 90-per-cent deployed into KI-qualifying companies, which in practice may be around 12 months after the fund closes.

Advisors also need to be aware of the difference in how capital gains tax deferral and IHT is treated, as both are linked to when the KI fund invests into the underlying companies rather than the fund close date.

In addition, at least 80 per cent of funds raised in an approved EIS fund structure must be invested into KICs within two years of the fund closing. So, when reviewing these funds, one must focus on fund manager deal flow of KICs.

Who are the KI EIS fund managers?
Currently there are three KI EIS funds that have been announced, which includes Parkwalkâs EIS Knowledge Intensive Fund. Given intellectual property is a key metric for KICs, it comes as no surprise that the EIS leaders in the market who already focus on investing in IP-backed businesses have now launched Knowledge Intensive EIS Funds.

Companies emerging from the university technology transfer system have typically been incubated within the university for a number of years with the research and IP developed. There is also good visibility on their patent situation and âfreedom to operate,â which is key for pure IP â there is no debate with HMRC over KIC status.

It will be interesting to see how the market develops, but with all the above in mind, the creation of the new HMRC-approved Knowledge Intensive Fund structure is a positive step for the industry and will lead to more funding reaching KICs. Additionally, investors should be attracted to tax date certainty and reduced administration, especially at this time of year.

About the author: Harriet Doherty is the head of marketing at Parkwalk Advisors. Its Opportunities EIS Fund focuses on investing in the UK university spin-out asset-class. In her previous role as director of sales and marketing at Kin Capital, Doherty helped raise capital for a number of EIS, VCT, SEIS and BR funds, including for Parkwalk. She holds a BA in geography from Durham University and the Investment Management Certificate (CFA UK).