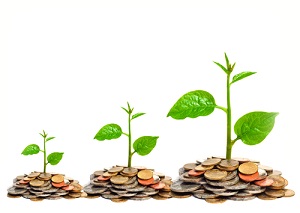 Prior to 2000, hedge funds were typically incubated within banks or seeded by wealthy individuals. After the financial crash of 2008, institutional investors and consultants have become more important players in the market.

The business of putting âseedâ money into the worldâs hedge fund industry is an investment space in its own right, according to a white paper published by Investcorp-Tages, the investment firm created as a joint venture between Investcorp and Tages.

An early-stage investment into a hedge fund offers investors the opportunity to take a stake in the fund itself, thereby allowing them to directly participate in the management and performance fee revenues.

The authors of the report, entitled Enhancing Returns: The Case for Hedge Fund Seeding, said they expect demand for hedge fund seeding to âgrow significantly in the coming years.â

It noted that the breakeven range in terms of assets under management for a newly-launched hedge fund currently lies at around $100 million to $150 million. Seeding or âacceleration capital investmentsâ can help investors with patient capital to cut hedge fund investment costs and raise hedge fund returns.

The study notes that invested capital is typically subject to a commitment period of two to three years, during which the investor may not redeem, unless certain pre-negotiated negative events have occurred; for example, a predefined loss of capital.

There is a large gap between hedge fund investing with and without taking part in the seeding process, as the following chart illustrates:

Understanding The Psychology Of The Super Rich

Views On Wealth: Why Most People Don't Admit They Envy Success

Smart Strategies For Growth: A Study Of The UK Wealth Management Industry

Asia: Welcome To The "New Era Of Moderate"