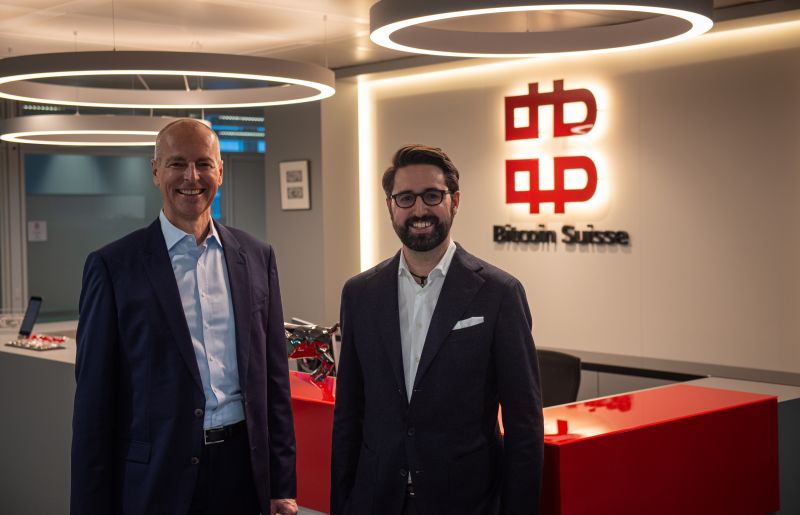 The latest moves in wealth management from across Europe and the UK and other select international locations.

Barclays
Barclays has announced that Dr Dirk Klee (pictured with Luzius Meisser), its chief executive of wealth management and investments since 2018, will be leaving the bank early this year to take up an opportunity in Switzerland. The bank thanked him for his contribution and wished him well in his new role. Nicky Eggers, currently head of product, will replace him, subject to regulatory approval, Barclays confirmed to this publication.

âAfter more than three great years I decided to leave Barclays. I would like to thank everyone who supported me in my role and, in particular, my fantastic team at wealth and investments. I am proud of what we accomplished together and I can leave the business in a much better place than I found it,â Klee said in a post on his LinkedIn page.

âWhile I am sad to close on this chapter of my career, I could not be more excited for the next. I am honoured to announce I will be joining Bitcoin Suisse, the crypto-finance market leader in Switzerland as CEO from April to support its mission to bridge the world of crypto with traditional finance and drive its impressive growth story to the next level.â

Bitcoin Suisse
Bitcoin Suisse announced that it has appointed Dr Dirk Klee as chief executive officer of Bitcoin Suisse with effect from 1 April 2022. He will replace Dr Arthur Vayloyan who will step down from his current role as CEO on 31 March 2022.

âAligning business model, strategy and regulation are critical to our next growth step, as well as international expansion and institutionalisation of crypto-financial services. We expect the institutional client segment to generate the greatest growth over the next few years. Dirk Klee has an impressive track record where all these success factors are concerned,â Luzius Meisser, chairman of the board of directors of Bitcoin Suisse, said.

Tucker will be responsible for building out the bankâs presence in the UK by originating deals in close partnership with the teams of Christian Berchem, head of WM UK, as well as Alex Pronk, head of WM UK International, the bank said. His appointment begins on 13 January.

He is joining from Nomura, where he was a managing director in the UK investment banking team, covering private and publicly listed clients across all sectors for 11 years. He has more than 20 years of experience as an investment banker in the UK, originating and executing transactions across all IB products, with a particular specialism in M&A. Prior to this, he was at Tricorn Partners, a UK-focused IB boutique. He started his career at Citi.

Tucker will report to the co-heads of WM IBA Europe coverage, Stefan Gratzer and Vincenzo De Falco. Locally, he will report to Jonathan Grundy and Antonia Rowan who co-head UK investment banking and corporate broking.

Weatherbys
Weatherbys Private Bankt has appointed William Morris as head of investments to manage the bankâs global tracker portfolios and oversee its panel of third-party discretionary managers. The appointment comes as the bank reports a strong 2021, with cash deposits growing 29 per cent last year.

Morris has more than a decadeâs experience in private banking in both client-facing investment advisory and portfolio optimisation roles. He has strong quantitative experience, having gained an MSci in mathematics from Imperial College London.

He spent more than seven years at Barclays as lead analyst for its strategic asset allocations, the blueprints used to manage around Â£13 billion of multi-asset funds and portfolios. William joins from Oxford Risk and replaces John Butters who has left the bank to run his family business.

âWilliamâs quantitative analysis skillset and portfolio expertise will bring a new dimension to our passive investment proposition used by the majority of our clients,â Nathan Valbonesi, associate director at Weatherbys, said.

The appointment comes following a strong year of growth for the private bank as it continues to meet the needs of its expanding client base â more than 50 new staff were appointed in 2021.

âFor Weatherbys Private Bank, 2021 was another year of growth. Our deposits grew 29 per cent, an impressive number. We operate a very conservative balance sheet, with a huge amount of liquidity maintained at the Bank of England. Our focus on providing access to a knowledgeable and responsive team when needed continues to win in the marketplace,â Ollie Barnett, director, said.