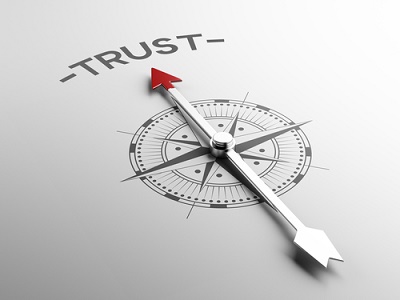 The author of this article examines what has changed in the world of international trusts, and mediation in this important sector.

The following article comes from Arabella Murphy, mediator at IPOS (the international dispute resolution centre). The article coincides with a panel discussion occurring at this yearâs London International Disputes Week, at which Murphy is a speaker.

The editors of this news service are pleased to share these views and invite readersâ responses. The usual editorial disclaimers apply to views of outside contributors. Email tom.burroughes@wealthbriefing.com

Few, if any, commercial disputes require the legal teams to immerse themselves in the family history and dynamics of the parties they represent. Yet, where trust litigation is concerned, the legal issues go hand-in-hand with the deeply-felt emotions of the family involved, and layered on top may be commercial matters relating to a family-controlled business.

Add into the mixture the fact that many such disputes are international â with the trustees based in an offshore jurisdiction, the family members elsewhere, and lawyers perhaps somewhere else entirely â and you have a uniquely challenging, three-dimensional jigsaw puzzle.

One of the most striking features of these cases is just how many lawyers can be involved. London is widely known as a centre of excellence for trust litigation, and itâs common for clients to instruct London solicitors and counsel at the outset. Next to be brought in are the lawyers in the offshore jurisdiction where the trust is established. Whatâs evolving is the relationship between these teams. In the past, offshore lawyers often had a role more akin to counsel, and were instructed âwhen neededâ by the London lawyers running the show. Now, however, there is a much more developed understanding that onshore and offshore teams deliver a better service when working more closely.

The scale of the proceedings can be huge (in some cases, even requiring construction of a new court room for the trial). As well as â letâs imagine, in a typical case â the parents, the children (perhaps divided into more than one group) and the trustees who control the assets, itâs common to need representation for any children under 18, children or grandchildren who have yet to be born, spouses yet to be married (or even born), and perhaps charitable interests.

No lawyer can take for granted that an unborn child will have the same interests as its future parent (alive and in dispute with his/her own parents). While a parent may take any approach that would give them a remedy that feels fair or appropriate, itâs not unusual to find that those representing the minor and unborn children are obliged to take a different one based on their rights and legitimate expectations, rather than some more subjective concept of what is fair.

In these kinds of proceedings, the lawyerâs role needs to encompass two different sets of hostilities: first, the technical legal questions they were trained to address; and secondly, as some put it, âwhatâs really going onâ â whether thatâs disappointed heirs, a second marriage, broken promises, or long-held grievances or rivalries within the family. No legal remedy can fix the latter set of difficulties, but without them, the legal questions might never have arisen or been litigated. Acknowledging both is crucial.

At the same time, itâs not uncommon to have PR advisors and others engaged in the wider team supporting the clients. In many offshore jurisdictions, proceedings are not always as public as they are in the UK courts, but a PR strategy can be really important. Is the family high profile, or do they have a well-known business? Perhaps they have consistently tried to remain below the radar, with no ostentatious wealth. Or perhaps one of the aggrieved parties has given media interviews about the dispute.

Whatever their past attitude to publicity, the existence of a family dispute may drag private matters into the limelight and this (particularly where there is a family business) can cause significant damage. The lawyers may have an important part to play in ensuring that their actions support that strategy, so there are no dramatic allegations in publicly accessible documents, for example (or conversely, ensuring that there are).

Many of these factors come into play when thinking about whether mediation can provide a resolution to the dispute. In cases involving complex legal arguments, not all lawyers feel that a mediated outcome is better than a judgment weighing the evidence. Family members might actively want a high-profile trial, with a judge pronouncing their complaints right in public. But what if they are wrong? And what does that publicity do to the business? And letâs not forget the minors and unborns â their involvement, and that of the trustees, in any mediation is critical, but it does mean that any settlement is subject to the courtâs blessing.

In some cases, that may make it harder for all those involved to feel the sense of conclusion that a mediation usually brings. More often than not, however, mediation creates a critical opportunity to explore possible endings to the dispute which â being suggested by the parties themselves â can often give them a kind of satisfaction that no court could give. For example, a succession timetable could be agreed, or the handing over of chattels with great emotional significance, or the division of a trust to give financial independence. A court might not have any of those tools at its disposal unless asked, and itâs often the case that the parties themselves generate ideas in mediation which donât form part of the pleadings.

And what does the future hold for trust disputes? Well, over the last two years, we have all learnt to use technology in new ways, and legal proceedings are no exception. Technology in all its forms helps legal team members thousands of miles apart to collaborate more effectively, and virtual bundles help to reduce printing â trends which started before the pandemic and are likely to develop further. Itâs less clear whether hearings and mediations will stay online. Whole cases â in some instances, large-scale trials â moved online at a momentâs notice in 2020, as did mediation.

Suddenly, the advantages of virtual proceedings and virtual mediations became evident: easier meeting organisation, less travel, and less stressful for the parties who could attend from their own homes. Weighed against those are the time-zone challenges to attending a hearing in the Caribbean from, say, a laptop in the Middle East; and the fact that the unique chemistry of the court room or in-person mediation cannot be fully replicated over Skype, Zoom or Teams. In the trust disputes of the future, perhaps parties will have the flexibility to choose whether to attend in person, or virtually.

The Problem With Death And Taxes - Analysing A Recent Case

Law Of Unintended Consequences - Inheritance And The Pandemic