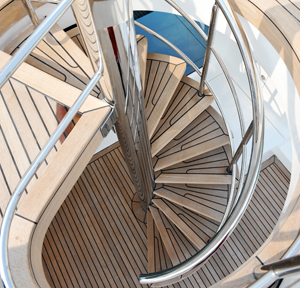 Since the US, the European Union and other countries imposed sanctions on Russia following the Ukraine invasion, law enforcement agencies have searched for the true owners of luxury assets such as yachts, properties, jets and other high-value items around the world.

US authorities claim that a Russian tycoon acted as the âstraw ownerâ of two yachts worth more than $1 billion, including the $700 million Scheherazade, a superyacht linked to Russian President Vladimir Putin, Bloomberg reported.

Court filings in the South Pacific island of Fiji, where the US is trying to seize the $325 million yacht Amadea, reveal what US officials allege is a nest of offshore shell companies that were set up with the help of a yacht broker to conceal the true owners of both vessels â an allegation that lawyers for the listed owner and the broker dispute. A hearing is scheduled for Wednesday in Fiji on the fate of the Amadea, the report said.

The layers of companies and trusts, stretching from the Marshall Islands to Switzerland, indicate that the beneficial owner of both yachts is the former president of state-controlled Rosneft OJSC, Eduard Khudainatov, according to the documents, the report, dated 14 May, said.

Khudainatov doesn't appear on any sanctions lists. But the US alleges that the âtrue beneficial ownerâ of the 348-foot Amadea, which features a helipad, a mosaic-tiled pool and a lobster tank, is Russian gold billionaire Suleiman Kerimov, who was first sanctioned by Washington in 2018, it said.

The report highlights efforts authorities in countries such as the US are making to seize and freeze assets of individuals linked to Putin. Since Russiaâs invasion of Ukraine in late February, the US, the European Union and select countries have imposed a range of sanctions on Russian oligarchs and a list of other individuals, groups and businesses.