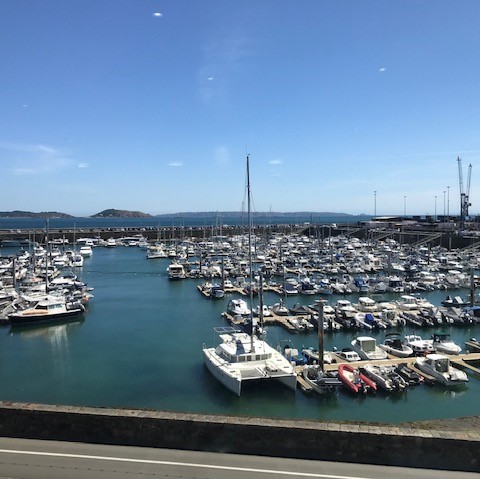 At last, after the lockdowns and restrictions have eased off, this news service spent time in Jersey and Guernsey talking to industry figures about the challenges and opportunities they see ahead. We will be running interviews in the coming days. Here's an overview.

It is now more than six years â hard to believe â since the Brexit referendum, almost three years since the start of the pandemic, and over half a year since Russian military forces attacked Ukraine. The attractions of living in and doing business with stable, pleasant, and efficient jurisdictions have never looked so good.

The desire for political, legal and economic stability explains much of the continued appeal of international financial jurisdictions, aka offshore centres. And two such IFCs with staying power and an ability to adapt and push through sometimes bruising changes are Jersey and Guernsey (pictured). These Channel Islands, both UK Crown Dependencies with links to the UK but an autonomous political and legal life, are arguably as important parts of the IFC chessboard as they have ever been.

According to Boston Consulting Group, the Channel Islands (and the Isle of Man, the third Crown Dependency) held $600 billion of cross-border wealth in total in 2021, putting them behind the US ($1.1 trillion) and on a par with the United Arab Emirates, and ahead of the UK ($500 billion); Luxembourg ($400 billion); Monaco ($300 billion), and Liechtenstein (Â£200 billion). Switzerland, by the way, has $2.5 trillion of cross-border wealth, making it still the biggest in this league by far.

In Jersey, the number of live companies on the register stood at 34,671 at the end of the first quarter of 2022 and the net asset value of regulated funds under administration increased by Â£9.1 billion ($10.5 billion) from Â£450.2 billion to Â£459.3 billion during Q1 2022; the total value of banking deposits held in Jersey increased from Â£133.5 billion to Â£136.15 billion during Q1 2022. A total of 20 banks are licensed in the island (source: Jersey Finance). Licensed banks in Jersey include Citibank, Investec, Lloyds Bank, EFG Private Bank, BNP Paribas, Royal Bank of Canada, Nedbank Private Wealth, Standard Bank, Santander, and Union Bancaire PrivÃ©e.

In Guernsey, the total net asset value of Guernsey funds increased in sterling terms during the first three months of 2022 by Â£6.0 billion to Â£309.6 billion. Over the past year, total net asset values rose by Â£45.9 billon. There are 23 licenced banks. In the last third-party review by the IMF in 2010, Guernsey was compliant or largely compliant in all the international core principles (source: Guernsey Financial Services Commission).

The islands have competition from all sides: from European Union jurisdictions such as Luxembourg, Ireland and Malta, and onshore European financial hubs in London, Frankfurt, Amsterdam, Paris and Milan. They have drawn plenty of attacks over the years, including the very fact that they exist at all as low-tax centres. When President Joe Biden pushed for a global minimum corporate tax rate of 15 per cent in 2021 (a push that is currently hitting political obstacles), it was a sign of certain large countries' determination to try to clip other countriesâ wings.

Jersey and Guernsey have had to adapt. Even before the 2008 financial crash, and the various tax information exchange treaties enacted under the aegis of the Paris-based OECD, these islands knew that the winds were blowing harder against places deemed to be a soft touch for illicit or not-quite-transparent money flows. They have had to tighten controls, kick out bad actors, and to some extent reinvent their value-added propositions.

Guernsey, for example, has made much of its âgreenâ and ESG credentials in the funds space; Jersey, for instance, points to its status as a venue for private placements, attracting business inflows from the US, for example. The promotional organisations for these islands â Jersey Finance and Guernsey Finance â work internationally, regularly flying to and from Asia, Africa, the US and the Middle East to spread the word. The islands must think similarly to corporations to promote brands and convey their message.

Over the past 40 to 50 years, so many firms such as banks, law practices, fiduciary service providers and trust companies have set up in the Channel Islands that a âclusteringâ momentum of its own has developed, much as Silicon Valley achieved after WW2. (The same sort of momentum, for example, has never really left Switzerland, even after bank secrecy ended a decade ago.)

Jersey and Guernsey know that their financial industry must remain competitive. The reference to Silicon Valley above is important â California has been getting unflattering headlines in recent years over an exodus of firms relocating their HQs and employees to lower-tax parts of the US such as Texas, Florida and Nevada. Circumstances may be different, but there is always a risk that some country might try to pinch what the Channel Islands have to offer. Under new the Conservative Party leader and Prime Minister â Liz Truss â the UK might consider taking advantage of Brexit to slash some regulations in the City and give the London Stock Exchange a boost.

There have been a number of important legal changes. Jersey has upgraded its laws in relation to companies to meet the digital age and Financial Action Task Force (FATF) requirements, which set standards for combatting money laundering, terrorist financing and other threats to the international financial system. As such, the Financial Services (Disclosure and Provision of information) (Jersey) Law was adopted in July 2020. In Guernseyâs case, its Guernsey's Fiduciary Rules have been in operation since 31 December 2020.  Guernsey has a suite of legislation to combat money laundering and terrorist financing. The Criminal Justice (Proceeds of Crime) (Bailiwick of Guernsey) Law 1999 (the Proceeds of Crime Law), as amended, makes provision for money laundering offences to be defined as the proceeds of all crimes, for example.

MONEYVAL, which works with FATF, the intergovernmental body fighting money laundering and other abuses, is scheduled to inspect Guernsey in 2024. It is also due to assess Jersey in 2023.

This news service recently visited Jersey and Guernsey to find out more about how its financial industry practitioners see the road ahead and what they are doing. A general impression emerges of quiet confidence, a belief that the islands have considerable strengths, as well as grumbles about talent shortages, property prices and uncertainties over the global economic outlook. We have spoken to groups such as Royal Bank of Canada, Oak Group, Stonehage Fleming, Mourant, Canaccord Genuity Wealth Management, Pershing, Carey Olsen, and Evelyn Group.

In the coming days, we will report on what these firms have to say about the islands, and we hope these articles will shed light on jurisdictions that continue to play an important part in the worldâs financial markets. And the WealthBriefing team will also gain further insights from the forthcoming awards programme in the Channel Islands. (The entry submission deadline is 9 September.)

A Wide Set Of Wealth, Business Tools In Jersey: In Conversation With Stonehage Fleming

Green Funds, Foundations And Other Qualities: The Guernsey Formula

Havens Of Calm In Volatile Times: The Channel Islands